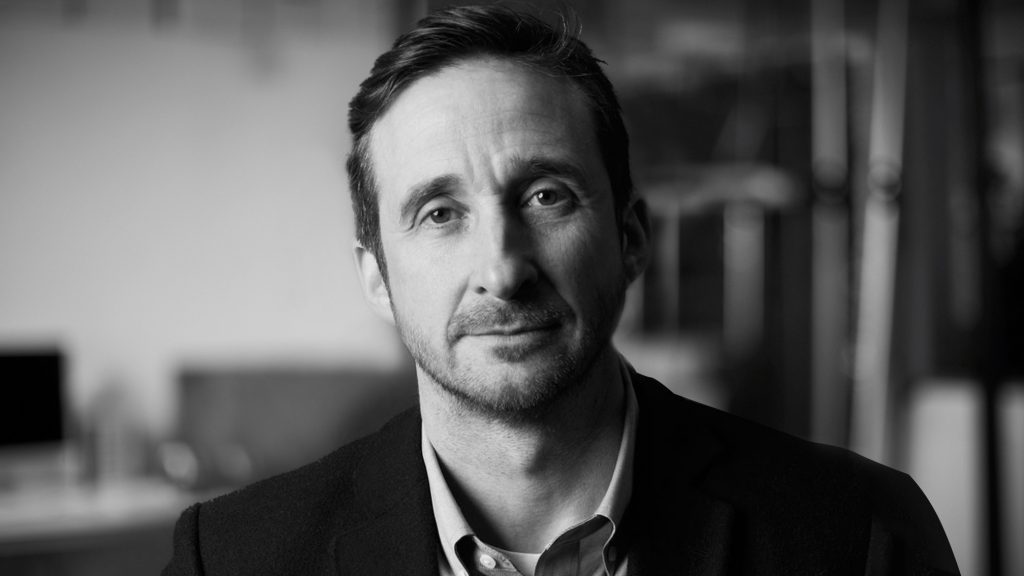 We are delighted that Garrick has recently joined big fish® as Creative Consultant helping us with developing our talent, reputation and film offer. He and Perry Haydn Taylor, our founder, met and worked together at Michael Peters & Partners over 30 years ago. Garrick’s title is ‘head of talent, fame and film.’

He is a multi-award winning creative director, designer & filmmaker with over three decades experience. His extraordinary career has led to the rebranding of iconic brands including Fortum & Mason, Jamie Oliver, Barclays Bank and The Glenlivet.

He began his career in 1989 at Michael Peters & Partners as a terrified junior and left five years later to help his then creative director Glenn Tutssel, set up his own shop with Martin Lambie Nairn. He went on to form Williams Murray Hamm where he spent over 20 years taking them from a packaging outfit, into a full service Branding Communications agency.

During his time at WMH he helped them win over 350 awards including D&AD Yellow Pencils, Gold Lions at Cannes, Art Directors, Type Directors and too many Clio’s to count. Garrick is a recovering awards junky.

In 2009 he achieved his art school ambition of becoming President of D&AD.

While design was his first love, it was at Lambie Nairn where he fell in love with moving image and storytelling. Over the last decade he has been focusing on writing and directing films, short films, brand films, cinema commercials, collaborating with a world class team. He is a diverse director, working on; stop frame animation, CG animation, live action or a combination of the two. Whatever the story demands.

His film “The Man Who Married Himself” starring Richard E Grant, won the Best Comedy Award at the LA Shorts Festival and was screened at the BFI London Film Festival.

In 2014 he explored the duality of man in his film, “Retrospective” which was done in collaboration with cinematographer Michael Seresin (Angel Heart, Harry Potter, Gravity) and starred Charles Dance.

In 2018 Garrick made his 5th and last short film, ‘The Ghost’. A short drama based on the true story of a boy’s search for his father, the legendary Spurs Number 8, John White. (All films are available on Amazon video).

More recently, Garrick was responsible for writing and directing the launch film for AMC, Andy Murray’s sportswear range in collaboration with sports brand Castore and in 2021 he directed an epic animated brand film for The Glenlivet Brand Home.

He also sits on the Advisory Panel for Brunel University and is always open to help graduates make their way, as long as they help themselves.